Cricket bats have evolved over the years. Earlier, it used to be a thin willow wood that has now quadrupled in size. It was challenging to score boundaries or get alone sixes, but things have changed, especially after the introduction of T20 cricket. Nowadays, batsmen hit more sixes than four; they can now score anything and chase any target no matter how big it is, and the whole credit goes to the modern cricket bats.

Many believe that the change in this whole scenario is due to current-generation batsmen as they are more powerful. They also consider shorter boundaries as one of the reasons for the improved game. But these are not the sole reasons, cricket bats’ evolution over time is one reason that has enabled power hitting. Let’s find out how modern cricket bats have helped power hitting and changed the game!

How Did Blades Evolve – History of Cricket Bats

Until the 18th century, cricket bats resembled hockey-shaped sticks with bowlers bowling underarm. In 1770, when the bowling rules changed, it led to a change in the shape of the cricket bats. Now, they had some swell at the bottom.

It is evident that cricket has evolved over the years, and so do cricket bats. Batting was not about hitting boundaries; it was more about the technique. Players had to cope up with the game to get sixes and fours.

In modern cricket, one way to master the game was to have better bats; this made bats better. Let’s find out what exactly has changed with the bats.

The cricket bat has changed over the years; there has been a significant change in the blade and the bat’s weight, which has a considerable impact on the hitting ability of the batting blade. The larger the center, the more the chances of hitting the ball hard. The same is true about the weight of the cricket bat. Furthermore, the thick spines of bats available today are so thick that they have sweet spots for hitting, and when the ball hits them, it flies high. Moreover, today’s bat has perfect curves. All these things together have made a new level of six-hitting possible. It is no surprise that every batsman looks for Custom Made Cricket Bats with ideal weight.

Given below are typical modern specifications and how do they affect the bat:

An important factor that everyone should know is that batsmen use different kinds of bats in discreet formats and playing conditions. But one thing common in all those bats is that they never let the players down and allow them to hit boundaries.

Undoubtedly, cricket bats have changed the way cricket is played. Modern bats and their unique construction are the reasons why batsmen successfully clear boundaries without breaking a sweat. This has made cricket fascinating. Therefore, it is evident why choosing the right cricket bat is important. So players nowadays are making their bats custom made from top manufacturers so that they get the bat according to their requirements. 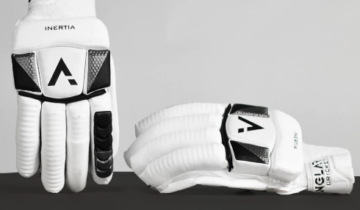 The Dhon-Ism Still Persists In The Fans – Find Out How! What Exactly Cricket Pads Are Made Of? 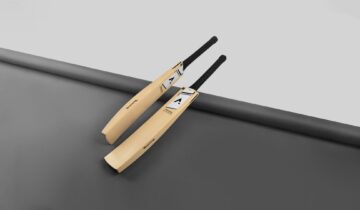 India Is Struggling To Find Consistent Players For The Team