The Mumbai Indians and the Chennai Super Kings played a remarkably intense match lately. All the games played between the two teams lead to a safe rivalry between the supporters of the two teams. But that’s not what we are discussing in the blog. We would instead talk about how the match ended with the six from the best finisher in the world. We would also talk about the legend Wicket Keeper and skipper MS Dhoni.

MS Dhoni is a petite city guy who managed to make a place in the Indian team and happened to be the most successful captain Indian Cricket ever had. And if you wish to perform like him, you must get the right cricket equipment that suits your style.

Dhoni’s magic started with the 2007 T-Twenty world cup when the young man led the seniors to bring the cup home. MS Dhoni has been able to get India to win all the tournaments hosted by the International Cricket Council. With this, we also witnessed Chennai Super Kings winning four IPL titles and two Champions League titles under the leadership of Dhoni.

He has proved to be the best batsman for the last overs of chasing a total. He has successfully mastered playing the most difficult balls, one of them being the yorkers. He understands the games well and thus makes the best possible strategy to make his team win. We have some great examples where we witnessed outstanding performances by Dhoni. One is the 2011 world cup, and then there are magical moments he created as a wicketkeeper. We can’t forget him getting Mustafizur Rahman run out in the last match ball between India and Bangladesh in the 2016 T-20 world cup.

The great skipper shocked the world after stepping down as a test batter during the Test Series with Australia in the Melbourne Cricket Ground. Even the players and people of the rival teams loved him as a captain. His mates share that he stepped down from captaincy to get the young men ready for the challenges after he leaves. He quit the captaincy of the limited-overs formats on January 4, 2017. We witnessed Dhoni playing an international match for the last time in India vs. New Zealand in the 2019 World Cup. His retirement from all formats of International Cricket on August 15th, 2020, came as a big shock for his fans. He has something in him that he filled millions of fans’ hearts with respect and love for himself as he retired most traditionally. But as the world gradually started accepting that the legend is getting old, he again proves that age is just a number.

The man has been inspiring a massive chunk of cricket enthusiasts with his controlled aggression on the field. He is referred to as the best captain by the ‘God of Cricket,’ Sachin Tendulkar himself. Even the great Kapil Dev addresses him as the most excellent captain India has ever created. He is the one who has always been capable of handling the most difficult situations and then also turning the tables of any game irrespective of what role he is playing. In an interview, his colleague and junior Ishan Kishan mentioned how even his mid-game conversations could lower the confidence of the batsmen and then get the batters back to the pavilion. But now we need to accept that we would not be able to see more of Dhoni in the Indian Jersey, and now we have to wish him bon voyage for the new ventures that he is to get indulged in.

MS Dhoni is an inspiration to millions of young talents worldwide, and he maintains consistency with his dedication and truthfulness towards the game. Even you could one day inspire some of the younger generations if you practise and play well enough to represent your nation in the game of cricket. You must ensure that you buy the best cricket equipment with the right practice. You must also make sure that you are getting the right equipment that is customised just for you. The equipment should facilitate your mobility and enhance every single shot that is hit.

We have the best set of cricket equipment that you could get to enhance your performances on the fields. We offer bats that can be customised with different specifications and for all formats of the games. You have options to customise the handle type, shape of the blade, profile, toe shape, edges, spine etc. We deliver the best equipment quality, including bats, leg guards, thigh pads, gloves, and cricket clothing. So get the best equipment and practice sufficiently to rock the world. Do check our website for more details on our products. 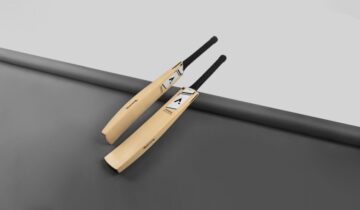 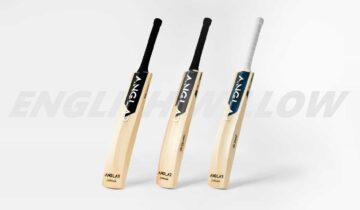 The Prominent Batters Having A Bad Phase As The IPL Progresses