The World Indoor Cricket Federation has announced that a triple-header between Australia and New Zealand will kick off the eleventh edition of the Indoor Cricket World Cup on October 8.

On Saturday, October 15, the Men’s, Women’s, and Under-22 Grades finals will conclude the eight-day competition hosted at Casey Stadium, Melbourne. The conclusion will coincide with the beginning of the Men’s T20 World Cup, which will also be hosted in Australia.

43 matches will be televised live via the streaming platform Kayo Sports, according to a major announcement made by tournament hosts Cricket Australia about their media coverage.

Australia has dominated this version of the sport for decades, having won all of the Men’s, Women’s, and Under-22 World Cup titles.

What Is Indoor Cricket?

The field’s surface is artificial grass, and the length of the pitch is comparable to that of a traditional cricket field. Since the cricket ball is designed to be more forgiving, players need to utilise less protective gears.

Eight players are on each side, and each inning lasts for 16 overs. The batting squad is divided into four partnerships, sometimes known as pairs, in which two players bat together throughout each over.

Importantly, this indicates that each player on the fielding team should bowl two overs, and each player who bats on the batting team must bat for four overs to complete the innings.

The team’s total score receives a penalty of five runs for every dismissal during the four-over pair (as opposed to a player being dismissed as in outdoor cricket).

The team attempting to beat the score of the team they are competing against must play all 16 of their allotted overs before the game can be considered won (as further dismissals could take their score down).

Any indoor cricket game may award seven to eight points to the winning team (depending on which country it is played in). This includes three or four points for an outright win and one for each successful partnership.

As a result of the effects of COVID-19, this competition is the first one held since 2017. (having been postponed since 2020). This season, there will be competition in both the men’s and women’s grades, with 108 matches to be played.

A combined total of 18 teams will represent eight different nations. Australia, New Zealand, South Africa, India, England, Sri Lanka, Singapore, South Africa, and the United Arab Emirates are the countries that will all compete in the tournament. Australia is also the defending champion.

Because there are not enough teams in certain age groups (only Australia, New Zealand, and South Africa send teams over for both Under-22 Men and Women), the event has been divided into distinct grades for men and women. Still, this time includes these Under-22 sides as well.

The age-group teams will have the opportunity to compete against the Men’s and Women’s Nations, also referred to as Open-Level Nations, as a result of this event. Despite this, champions will still be selected in these categories, and the finals of the grand competition will take place.

The announcement that local sports streaming company Kayo Sports will be showing 43 matches live with commentary during the tournament was a huge coup for the tournament and was made by Cricket Australia.

These matches will include all preliminary and grand finals matchups. This will offer the format, known as Australia’s fourth cricket format, the exposure it so much needs. According to Cricket Australia, more than 100,000 people in Australia will be engaging in the sport during the 2021/22 season. This indicates that the sport has a passionate and devoted fanbase.

In addition to the live match presence offered on one court, an additional 38 matches will be streamed online via a fixed camera located on another court. There will be no commentary provided for this coverage.

The official Fixture List for the 2022 Indoor Cricket World Cup has been announced by the World Indoor Cricket Federation and Cricket Australia. Visitors are encouraged to attend what is widely considered the game’s most underappreciated format to experience high-quality international cricket at no cost and without obligation to purchase tickets.

You can also prepare yourself for the upcoming cricket season with a custom made English Willow cricket bat which can be customised according to your playing style and preferences. 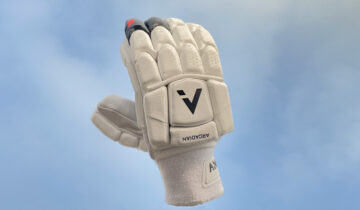 Kit Bag Essentials: Things You Must Have In Your Cricket Kit