Cricket is regarded as the God of all games in India. Cricketers gain massive attention from media, agencies, sponsors and fans. But here is the catch: this may not be true in the case of women’s cricket across the world. The performance of male players on the field is said to evoke plenty of emotions among the audience. However, that is not the case with the Indian women’s cricket team. Women’s cricket lacks a lot of facilities and proper promotion strategies to engage the fans. The field of women’s cricket still needs a lot of effort to make people aware of it. Let’s find out the issues faced by women’s cricket in India and possible solutions for the same.

What is the dream of every cricketer? To represent their country and play in front of a large crowd at the most popular grounds in the world. Indian women have got the privilege of this opportunity in the 2017 and 2020 World Cup Finals at Lord’s Cricket ground and Melbourne cricket ground, respectively. But sadly, the results were not in favor of India. The situation could be a lot different had the BCCI approached a positive mindset. Women’s cricket needs to play a lot of bilateral series with top countries like Australia, England, South Africa etc. so that they get a proper exposure before big tournaments. For women’s cricket to grow the BCCI must give importance to different formats of women’s cricket.

Investors invest in the players that they think will fetch them good returns. Most investors give excuses if they are asked to invest in the women’s team. And the common excuse is that women are not just as good as men. As women’s cricket has less fan base around the world, the investors refrain from investing heavy amounts of money on the players and tournaments. Due to this lack of funds the upcoming players do not get the aspirational motivation to play this game.

Due to less demand, it is very difficult to find women cricket equipment at any store. This discourages women cricketers from playing their game effectively. Women cricketers need lighter weight and custom size cricket bats which are very difficult to find in stores. So it is advisable to always go for custom made English Willow which is made specifically for them. You can’t beat the importance of quality equipment while playing cricket. So getting a premium quality cricket kit becomes an important factor in improving an individual’s game.

Indians believe that Australia is the pioneer when it comes to women’s cricket. Cricket Australia cleared the schedule of the men’s cricket team during the Women’s Big Bash League in its 2nd edition. It resulted in a massive 6 lakh viewers for a match between the Sydney Thunders and Melbourne Renegades. This explains the reason why women face defeat in the big world tournaments because they feel nervous to perform in front of a large audience, not to mention they don’t get to experience such situations regularly. The wording of Mithali Raj clearly depicts the scenario of women’s cricket after the loss of the 2017 World Cup – “Everyone was nervous. And that I think that lead to our defeat.”

Solutions – What can we do to solve the above-mentioned problems? Let’s get started.

It is no wonder that modern-day women cricketers are no less than their men counterparts. And this was made clear with the performances of Harmanpreet Kaur, Mithali Raj, Smriti Mandhana, Jhulan Goswami, etc. For instance – the fielding is as good and eye-catching as that in the men’s matches. The prominence of the performance of these female superstars in the cricket world is necessary for the growth of the game. It is the thing that will change the perception of the people towards women’s cricket.

Amazing performances of the women’s cricket team should become a determinant for the viewers to cheer for them. Women’s cricket team has made their entry into the World Cup Finals two times, 2005 and 2017. And also got into the semi-finals of World T-20 four times – 2009, 2010, 2018, and 2020. The team hasn’t won any trophy. But these performances are the indicator that a trophy is only a near thing.

An Active Role By BCCI

BCCI plays a crucial role in raising awareness for this game. Letting people know about the achievements of women’s cricket creates a sense of pride among Indians. The BCCI should encourage popular broadcasting channels like DD Sports or Star Sports to show women’s matches. It will surely increase the number of followers of women’s cricket in the nation.

Initiatives By The Indian Government

State and central governments can make a few special provisions to support women’s cricket. It will give the cricket boards more reasons to protect the interests of women in this game. The recent performances of the women’s cricket team are definitely laudable. So, the initiative by the Indian government can make women shine in the cricket world. Providing proper infrastructure to budding women cricketers and arranging more selection & training camps across the country can help find best talents who can attract fans with their game play.

Gender equality is the term gaining recognition. But when it comes to the favorite sport of India, there have been clear instances of gender inequality. It is high time to provide much-needed resources, coaches, and facilities to women’s cricket in India. With the initiatives of the Indian government and BCCI, women cricketers are sure to reach great heights and earn the same fame and respect as the male cricket team. 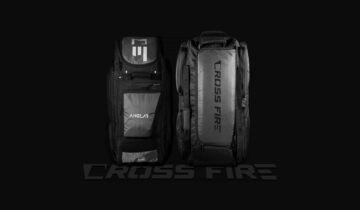 How To Buy The Best Cricket Kit — A Short Guide 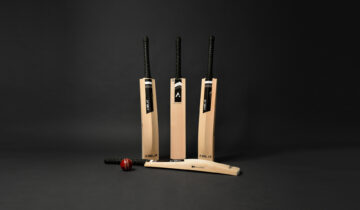 Tips And Tricks To Put On Cricket Bat Grip